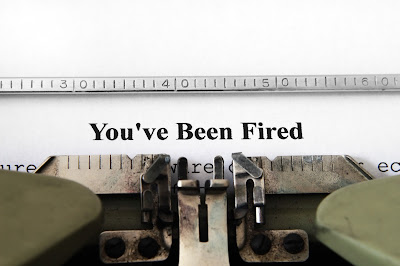 No one enjoys firing people. If you do, you're on the wrong side of the desk. Firing people is never fun, but sometimes necessary. There will be times we hire the wrong person. Other times an organization outgrows a staff person's skill set and they aren't able to perform at a higher level.  Having the wrong person on staff can be detrimental, because a staff must function as one team. This is especially true in church. It takes a lot of effort and teamwork to create a church that impacts people with the gospel. And yes, there are times that churches, just like secular organizations, have to let people go. The struggle is, most church staff are tied together relationally and formed around Jesus and ministry, which can really make firing feel very icky.

While the primary focus of most pastors is (and should be) vision and teaching, the church has a business side that must be managed and monitored. Part of that business is evaluating the performance of staff. When consistent patterns of low job performance begin to surface, action must be taken; if not it affects the business, which in turn impacts the mission. The bottom line is, you can't sanction incompetence. You have to deal with it up close and personal.

While working with different churches with The Unstuck Group, I have listened to irritated pastors tell me stories about staff members who aren't getting the job done. In almost every case, it's an old conversation. One pastor in particular told me about a staff person who was always late and never completed his tasks on time. The leadership team and the pastor had several conversations about firing this person, but wanted to be sure it was the right thing to do. I can tell you from my experience, if you and your leadership team have had more than three conversations about why a person should be terminated, it's probably the right thing to do. When that day comes, here's three best practices to help with the transition.

At the end of the day, tolerating incompetency is unfair to the person who is at fault, as well as the team. It undermines the mission to reach people for Jesus...and that must be the bases of every decision we make as leaders.