Showing posts from October, 2016
Show all

Growth in the fast lane, pixie dust and other issues of growing weekend attendance 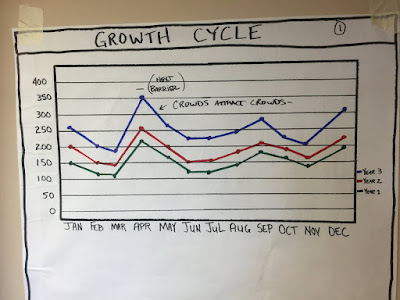 I am privileged to be a part of The Unstuck Group, where I have the opportunity to work with churches around the country. I get to meet wonderful people and hear great stories about how God is impacting lives through the ministries of the local church.   I primarily work with churches who have 500 or less in attendance, which is a totally different dynamic than the larger/mega churches The Unstuck Group normally work with. One major difference in working with smaller churches is the visibility of growth...or the lack thereof. For example, if five families leave a church that's averaging 1,200 people each weekend, it's unlikely their absence would be noticed the following Sunday. That's like throwing a stone into a lake; it makes a ripple, but very small. However, when five families drop out of a church that's running 120 people, that's like throwing a stone into a puddle. The following Sunday the pastor sees the empty space. There's a huge splash and
1 comment
Read more 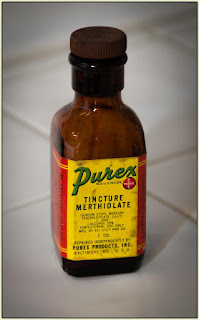 Some of my fondest memories as a boy were hanging out with my neighborhood friends. In those days we were influenced by movies like Rambo, (Sylvester Stallone) and Missing in Action (Chuck Norris). My friends and I spent hours in the woods, fighting invisible enemies with plastic guns. We were typical boys. There was hardly a day that went by that someone didn’t go home with a scrapped knee or bloody elbow.  When that somebody was me, I knew what to expect. My mom would wash the wound and then pour liquid hell on it. We called it, “the red stuff,” but the correct name was Merthiolate. If you’re my age or older and spent a lot of time playing outdoors, you probably know exactly what I am talking about. It was usually in a little brown bottle and lived in the medicine cabinet. And if you’ve ever had it applied to a cut, you can testify that the red stuff hurt much worse than the rock that scrapped your knee.  In the world of church, we don’t see a lot of scrapped knees,
2 comments
Read more
More posts