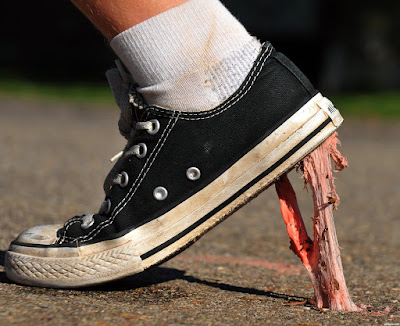 The Unstuck Group helps churches around the country build strategic plans using our Four Step Process. We believe every church, rural or urban; can grow if it becomes healthy. Healthy things grow.

"In a given week in the United States, 77 churches were planted, and 71 were closed." -from our @LifeWayResearch report at @NewChurches (2014).

These are scary stats and makes one wonder what the future of church looks like. Before you panic, let me remind you of what the Bible says. First, Jesus is the builder of the church (Matthew 16:18). I'm pretty sure He is aware of these stats, and I'm also sure He isn't freaking out. Second, we know it's God's will for churches to grow, which means, He's on our side, which is a very good thing.

The question remains, "How can smaller churches who are stuck or in decline begin growing?"

I work with smaller churches around the country and lead coaching networks for rural pastors at Nebraska Christian College. In my experience common denominators always seems to stand out among churches that bring about stuck-ness.

Here are three conversations churches should have when talking about how to get unstuck.

Notice I didn't say who, but what. In most cases, stuck churches are married to the traditions of the church instead of a vision for the church. You can't be married to both. One will be jealous of the other and they will always compete for attention and resources. Getting unstuck begins by clarifying vision and embracing change, even if it means you have to divorce (and bury) past traditions that stand in the way of vision implementation and progress.

Jim Collins talks about the importance of the right people on the bus. I like Larry Osborne's analogy better.  Once while sitting with a handful of pastors at a Leadership Network gathering, Larry used this story...

"A [small] church is like an S-10 pickup truck. The pastor is the driver and usually the two guys who helped him get it started is in the cab with him. Soon people climb in the back of the truck; growth is happening. Then, because the truck is so full, people began falling out. The pastor thinks, 'I need to get to the next town so I can buy a bigger truck!' Unfortunately, the pastor doesn't know the way. Just then, he looks in his rear-view mirror, and sees a guy in the back with a map sticking out of his pocket. He thinks to himself, 'I need that guy in the cab with me.' However, there's only one way that can happen. The pastor must be bold enough to ask one of the two guys (who have been with him since day one) to go to the back of the truck and let the new guy come to the cab. If the guy in the cab is good leader and understands the vision, he'll go to the back of the truck and lead well. If not, he'll leave the truck and may take a few with him."

As a pastor, you have to make sure you have the right people in the cab, or you'll never break growth barriers. This means you may have to ask people who have been with you since the beginning to move to the back in order to make room for the guy who has the gifts and talents to help you get to the next level of ministry.