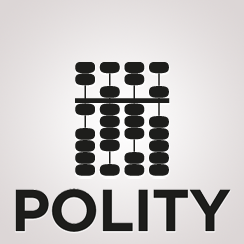 It has always been said, “Don’t mix church and politics.” Yet the reality is, every church needs good polity and processes in order to function and grow. However, the only thing worse than no church polity is bad church polity. Unfortunately in many rural churches, bad polity is a big problem. It’s like a religious poison that everyone overlooks. It cripples decision making and creates dysfunctional leadership.


Vision and mission become paralyzed when action steps require a majority vote of the people. I have worked with different rural churches across the country where this is the case. I have seen churches that voted on everything, from buying ink pens to which type of light bulbs would be used, standard or florescent (I'm not kidding). It is impossible for a church to be healthy when decisions are made by some sort of corporate democratic process. Does it really make sense for an entire church to vote on who should teach the pre-school class, who, by the way, was elected by a nominating committee, who was also voted on and approved by the church?

Although a lot of churches operate this way, especially rural churches, it plays a major role in keeping churches from growing beyond one hundred. It’s bad government; actually it’s not biblical…or even smart. Think about it. Out of the eighty-three people who’s voting whether or not Mrs. Smith should teach third graders, maybe three or four understand what it takes to be a teacher; the rest have never taught a children's class or even led a Bible study. The majority “vote” will be based on whether or not she’s a likable person with a warm personality. For others, their vote will be based on whether or not she invited them to her Christmas party the year before. That’s like asking passengers on an airplane to vote about whether or not the pilot should fly above the storm or go around the storm. I don’t want to be on that plane!

This is one of the many reasons most small town churches in America are eighty-five people or less; they operate like a democracy instead of the biblical theocracy. Here’s what I mean by theocracy; God leading his church through chosen leaders...just like He did throughout the Old and New Testament. God calls pastors to lead his people, and then surrounds the pastor with other leaders for assistance and accountability. Rural churches can only make a gospel impact if they are structured to allow both the vision and mission of the Kingdom to permeate and flow. Unfortunately, bad polity can prevent that from happening.

If I have described your church, my suggestion is to find a good coach, get wise counsel and slowly make a transition from democracy to theocracy. Check out resources at The Unstuck Group. Also take some time to check out Burning Bush Moments.