Religion can be toxic. It breeds sacred cows that weaken and sometimes completely paralyzes the mission of the gospel. The toxicity of religion infects people with self righteousness that results in church rules that aren't biblical. These kind of churches are inward focused, protective of their traditions and resist change. They rarely see new people meet Jesus; actually they rarely see new people. Religious traditions often morph into rules that prevent people from having an experience with Jesus. Here’s just a few examples. You can’t serve or get involved in church until you become a church member You have to behave before you believe Women are not allowed to serve in leadership You must be baptized into a particular denomination by a pastor You must wear your best clothes to church to honor God You can’t have an experience with God unless you’re in a church building You have to fix all the broken things in your life before becoming a Christian You can no longer have fun This
3 comments
Read more 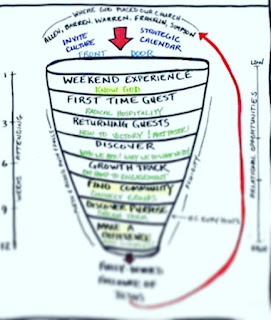 Improving the weekend experience helps you expand the “front door” of your church. But on-ramps and next steps are what “closes the back door.” In ministry, the word “assimilation” is often used to describe the process of integrating a new person into the life of a church. I prefer the term Discipleship Path instead. Because every church should have a path where people can begin a journey to discover Jesus and deepen   their faith. Unfortunately, many churches struggle with the creating the right next steps for people to start that journey. In many cases, this is what it looks like when someone attends church for the first time and then returns. First time guests are sent to a welcome center for a gift. The objective is to get their information for follow-up. The church sends an email or text to follow up, usually sharing more information about the church and its programs, or an upcoming event, like a Bible study. If they return, they are asked to attend some sort of membership class
Post a Comment
Read more

Building a Digital Strategy for Your Church isn't Optional 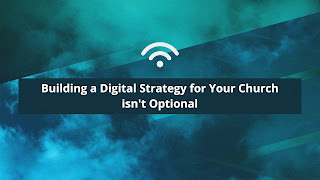 One of my favorite movies is  Blast from the Past  starring Brendan Fraser. The movie follows the Webber family, and is set in the 1960’s, when everyone thought that a nuclear war between the U.S. and the Soviet Union was possible. The father spends months building a fallout shelter in preparation. Eventually, a plane crashes into the Webber’s home, causing him to believe the end has arrived. In his mind, it’s the beginning of a nuclear war, so he takes his pregnant wife to the fallout shelter. The massive steel doors to the shelter are armed with time locks that, once engaged, could not be unlocked for thirty-five years. No worries of anyone getting in…or out. The family is secured in their shelter while the world above continued as normal. During the first year, the mom gives birth to their son Adam. While sheltered for safety, the world above drastically changes without the Webber’s knowledge. Then finally in 1997, the timer releases and unlocks the doors. Adam finds himself
5 comments
Read more 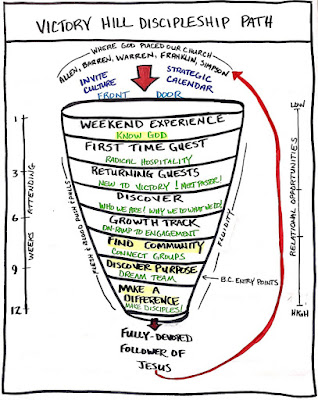 I recently wrote an article on Polishing your Discipleship Path , where I shared three main ideas to make your path better. In this article, I want to drill into best practices around the first step onto the discipleship path. In my experience of working with many different churches (including my own church), the first step(s) onto the path can be the most critical and can determine retaining guests and making disciples.  A discipleship path should be built and customized for returning guests who aren’t Christians and/or those who may be brand new to the faith. These are people who aren't church or Bible literate. They aren't sure what it means to have a spiritual gift and certainly don't want to be tested. This is why the first step(s) are super important. Here is a principle that I have seen hold true over and over. For every step someone takes, it gives them courage to take a (deeper) next step. At the end of the day, we want people to meet Jesus, grow in their f
Post a Comment
Read more

A Follow-up Strategy for CEO's (Christmas & Easter Only people) 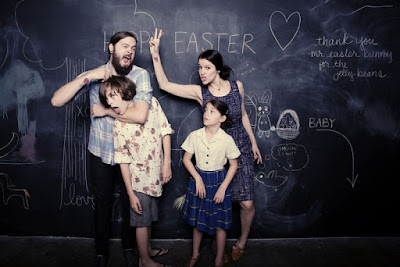 I was recently talking with a pastor about the importance of building a strategic calendar and good invite strategies around the “big days” (Easter, Christmas, etc). During our conversation, he said something I have heard countless times before. “The big days are for the CEO's.” And by the way, he didn’t mean that his Easter Sunday was filled with corporate CEO's. Instead, he was using CEO as an  acronym  for Christmas-Easter-Only people. We have all seen it. We see it every year because Christmas and Easter happen...every year.  As a former lead pastor, I can certainly remember the Sundays following Easter, Christmas or some other big day. The services were usually low attended and lacked the energy that was experienced the previous week. Those were usually the Sundays where the number two guy or the youth pastor was scheduled to teach. I've been there too.  I have talked with churches that said they have pulled back the energy and efforts in trying to follow u
Post a Comment
Read more

How Churches can Live out their Mission 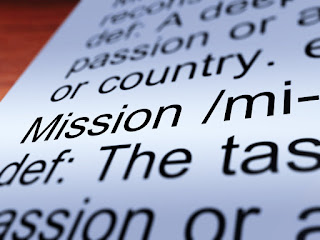 Just about every secular organization has some sort of mission statement. They are usually framed and hanging on a wall or printed in their internal documents. A mission statement is a phrase that defines the aim and purpose of the organization. It answers the questions, “What do we value? Why do we exist?”  God has given the church a mission as well. While there are literally thousands of mission statements floating around churches, most are tied (or should be) to Matthew 28:19-20, which says,  “ Therefore, go and make disciples of all the nations, baptizing them in the name of the Father and the Son and the Holy Spirit.   Teach these new disciples to obey all the commands I have given you. And be sure of this: I am with you always, even to the end of the age. ”  I have never encountered a church that disagreed with this passage as the foundation of the mission. However, many churches struggle with living out the mission. What does it really mean for a church to live
Post a Comment
Read more
More posts