Building a Strategy for Church Re-Opening 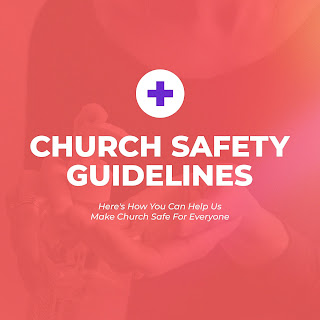 Many churches have already re-opened. Some were opened too soon and without a plan. Others had a plan, but still resulted in a negative outcome. As a result, people became sick and died. You can read about a few of those churches here.


Be prepared for a COVID-19 outbreak in your church

It would be foolish to think any church is exempt from this happening, regardless of planning. I can assure you, none of the churches mentioned above planned on seeing an outbreak in their church.

"Business, universities and schools are developing plans if cases occur after they reopen. I'm not hearing any churches talk about that plan."

Tony stressed the importance of having a plan in place for people serving, should a case surface. How and what do we communicate to our teams? What does this mean for the liability of the church? Under what circumstances should we stop in-person gatherings again?

These are all good questions that need to be answered as you plan your re-open.

Although there is no fail-proof plan, as leaders, we need good strategy that will ensure a safe gathering place for people, to the best of our ability. Communicating your re-open plan is just as important as having one. People knowing the plan (or not) can determine its success or failure.

Here are a few thoughts and best practices as you plan and communicate your re-open:


What's the vibe of your congregation and community?

Conduct an online survey. Gather your team and determine which questions to ask to learn how people are feeling about gathering again. This could help you know if your re-open date is too early. If you need help with those questions, feel free to email me. This can help drive a lot of your planning.

Every state and county looks different. Check with your local health officials; know what's happening in your community and city. What are the professionals saying?

This allows you to communicate the process piece by piece, which helps people understand it better. Your state's guidelines and/or restrictions may dictate what that looks like.

If you're planning on a reduced seating capacity, use e-tickets to help regulate the crowd. Eventbrite is a good resource. Our church will allow 33% to gather for each service. E-tickets can be very helpful to control seating capacity.

Create clear content and images. Over-communicate the plan and encourage people to share each post. There are several scheduling platforms out there that can optimize your social media strategy. Sprout is one of my favorites for scheduling. They provide great analytics for traffic and engagement.

If you've ever wanted to get rid of the Sunday bulletin, now is the time to do so. Replace all your Sunday hard copy documents with digital files on your website and app. Inform people to bring their mobile device.


Communication about the Arrival:

Upon arrival, ask families remain in their vehicle until the doors are open for each service. This will help prevent people from congregating around the front door or in the lobby.

Depending on your personal preference and/or state's guidelines, you may or may not have to require masks. Either way, you need to communicate the plan. For example, will your church provide masks or should they bring their own? Will your volunteers wear masks? For us, we are not requiring it nor providing them, but our team will wear masks.

Let your people know that greeters will open all doors as people enter and leave the building. Upon entering, inform them they will be promptly guided to a seat.

Our church set up four chairs in each row, six feet apart. We chose four, because that's the average size of a family. We created enough space to add or remove chairs as needed, and still be at our desired capacity and socially distanced. Communicating this will help families get an idea about what the room and worship experience will look like.

Encourage people to freely worship, but to remain in their assigned seat and practice good social distancing conduct. Let them know the worship center will be sanitized between each worship experience.

Encourage everyone to give online (text, app, website). This is a great time to build your online giving. You can also purchase giving boxes and place them at different locations throughout the campus.

Most churches are planning to re-open kids ministry after daycare facilities have re-opened. We are inviting children to join their parents in the worship center. We will encourage parents to bring their tablets and earphones so they can enjoy a virtual kids experience provided by our team.

Per the CDC guidelines, social distancing is still a must. Refrain from using handshakes, giving hugs or any other personal contact. Instead encourage people to wave, smile or say hello!

Make sure you provide clear, easy dismissal instructions. Larger churches will probably have to exit a section at a time. Our church created six sections that will seat 250 people for each service. Each section will be dismissed separately.

As you dismiss, be sure to encourage the people not to congregate in the parking lot or on church property after exiting the building.


This is a very strange time for the church. But we must remember, we are here on purpose, for such a time as this. God isn't trying to figure it out. He has always had the plan! Lead strong!