The Toxicity of Religion 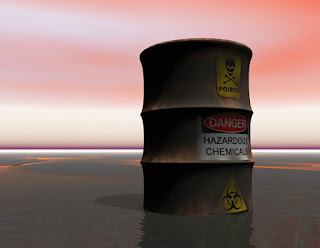 Religion is toxic. It breeds sacred cows that weaken and sometimes completely paralyzes the mission of the gospel. The toxicity of religion infects people with self righteousness that results in church rules that aren't biblical. These kind of churches are very inward focused, protective of their traditions and will resist anyone who attempts to change them. They rarely see new people meet Jesus; actually they rarely see new people. Jesus constantly countered religion in the gospels while dealing with the Pharisees, as did the apostle Paul while planting churches. In today’s world, religion has resulted in churches designing rules and beliefs that cripple the objective to reach people with the gospel. Here’s just a few examples...and by the way, they are all unbiblical.

This is just a few examples. If you have never been involved in a religious, stuck church, this probably sounds unbelievable; but the reality is, there are more churches that practice this way than not. This is why approximately 90% of churches in the United States have less than 90 people in attendance each Sunday. They are married to religion. They value people obeying rules and protecting programs over meaningful relationships with one another and with Jesus.

Growing churches understand the value of building relationships with new people and allowing them to discover Jesus and the beliefs of the church at their own pace. Jesus modeled this for us in the New Testament. He always valued relationship and never forced Himself or His teachings on people. He didn’t chasten the Samaritan woman (although He could have). Instead he started a conversation with her. He didn’t condemn Zaccheus about his occupation as a sketchy Roman tax collector, instead He had conversation and dinner with him. The end result in both cases was people believing Jesus as the Messiah.

When Jesus came to the place, He looked up and said to him, “Zaccheus, hurry and come down, for today I must stay at your house.” And he hurried and came down and received Him gladly. When they saw it, they all began to grumble, saying, “He has gone to be the guest of a man who is a sinner.” Luke 19:5-7


So how do churches detox from religion?

There is nothing wrong with honoring the past, but living there can be detrimental to the church. The belief that yesterday’s methodologies will reach today’s generation is ludicrous. Eradicating traditions can be easier said than done; especially when they have been around for many years. I remember one experience when I was serving as a secret shopper for a church that practiced the tradition of “lighting of the candles” each Sunday. During the opening song, two young girls went forward with a long candle lighter and lit candles on the platform. When the service ended, the same two girls returned to the platform to extinguish the candles with a snuffer. After service, I asked one of the girls, “What does it mean to light the candles?” Her response, “I don’t know. They just ask me to do it.” The irony was, that particular girl was the pastor’s daughter. There isn't anything wrong with lighting candles in a church. However, it did make the service flow a little clunky and a guest would have no idea what it meant. Defining traditions is one of the best ways to determine whether or not it should remain. In other words ask, “Why are we doing this?” If the “why” has nothing to do with the vision of reaching people, removing the tradition is certainly a conversation to be had.

I learned this from working with a large church a couple of years ago. When I walked into the building, the very first thing the greeter asked me was, "Are you Baptist, Methodist or Pentecostal?" I told him I was none of the above, so he informed me that it was still ok to enter the sanctuary. After surviving that conversation, I found my seat and waited for the service to begin. The worship was contemporary and the musicians were talented, but most of the language was Christianese. Afterwards, I went to the welcome center to check out their hospitality. The nice young lady welcomed me and then handed me a gift. It was a church magazine about their denomination and beliefs. Not the best first time guest gift for an unchurched person. Fast forward a few months after our planning retreat. They turned it completely around. Instead of greeters asking uncomfortable questions, they built a team of extraverted people, designed a script that was friendly to unchurched people and made guests feel incredibly welcome. They interacted with people, asking them their name, while sharing theirs. Today they average over 1,000 in attendance and see people meet Jesus on a regular basis. 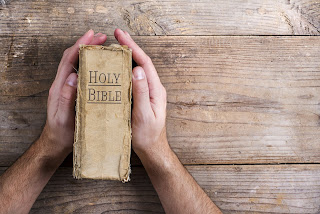 There is a good religion out there. God's religion. We find it in the book of James 1:27.

Pure and genuine religion in the sight of God the Father means caring for orphans and widows in their distress and refusing to let the world corrupt you" James 1:27

James reminds us that caring for people is the mission of the church. In our context, it's a challenge to reach the spiritual orphans in our community.  It's a call to love and minister to people who are alone and without God. For that to happen, the church must become focused on the gospel and remove the barriers of religious traditions that stand in the way.

Three Things that can Cripple your Church

In Acts 3, we find Peter and John going to an afternoon prayer service at the temple. As they approach, they see a lame man at the gate. There, he sat and asked people for money as they walked by. When Peter and John came near, the lame man asked for an offering. Peter answered,  “I don’t have any silver or gold for you. But I’ll give you what I have. In the name of Jesus Christ the Nazarene,  get up and  walk!” (Acts 3:6, NLT)  The formerly crippled man's life was changed forever. He was healed.  While  this was probably the man's first Jesus experience , it wasn't his first begging experience.  He was 40 years old and was born crippled.  It's even likely he sat in the same spot for years.  In those days, most of the handicapped were totally dependent on the benevolence of others.  Over the years, I have thought about this story. I can see this guy sitting on the ground at the gate called Beautiful, week after week, year after year asking the same question,
Read more